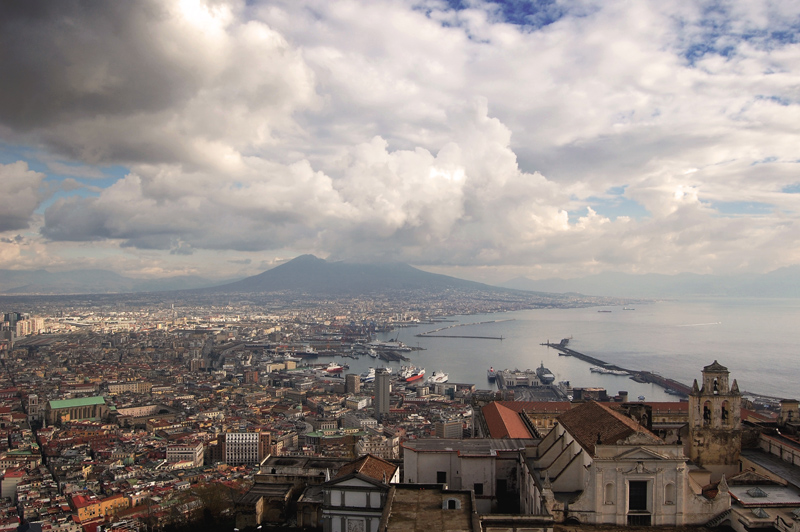 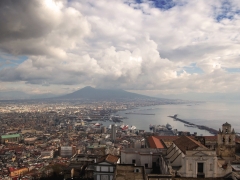 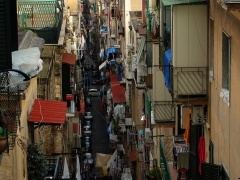 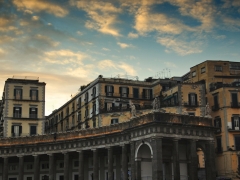 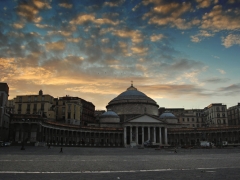 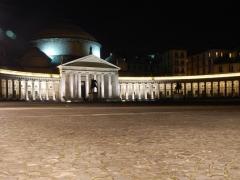 Naples is a city in Italy. It is the capital of the region of Campania and of the province of Naples. The city is known for its rich history, art, culture, architecture, music and gastronomy, playing an important role in the country’s history and beyond throughout much of its existence, which began more than 2,800 years ago. Naples is located halfway between two volcanic areas, the volcano Mount Vesuvius and the Phlegraean Fields, sitting on the coast by the Gulf of Naples.
Founded in the 8th century BC, as a Greek colony, before under the name of Parthenope

, and later Neápolis (New City), Naples is one of the oldest cities in the world, and it held an important role in Magna Graecia; while when the city became part of the Roman Republic in the central province of the Empire, was a major cultural center.

Piazza Plebiscito is the largest square in Naples. It is named for the plebiscite taken on October 2 in 1870 that brought Naples into the unified Kingdom of Italy under the House of Savoy.
In the first years of the 19th century, the King of Naples was Murat (Napoleon’s brother-in-law). He planned the square and building as a tribute to the emperor.  wikipedia