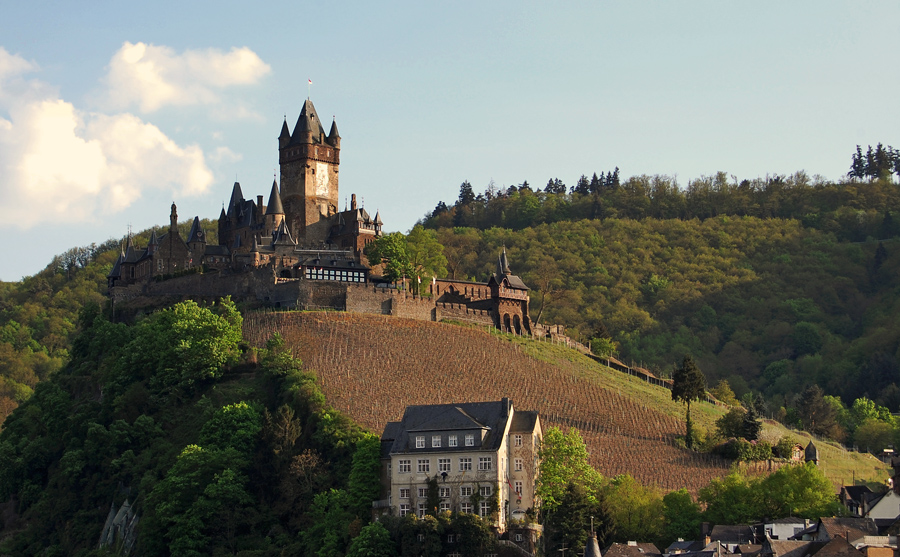 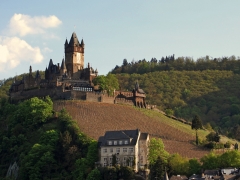 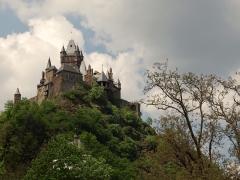 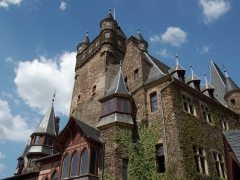 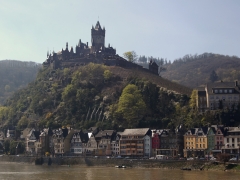 Cochem is a town in Rheinland-Pfalz, western Germany. It is situated in the valley of the Moselle River, at the foot of a hill surrounded by a feudal castle.

The castle was built around 1051 and stayed in the Palatine until 1150 when it became an imperial castle (Reichsburg).
In 1688, King Louis XIV of France, during his invasion of the Rhine and the Moselle, swept in and captured Cochem Castle. His troops completely occupied the area and on May 19, 1689 they destroyed Cochem castle by setting it afire, undermining it and blowing it apart. Not satisfied with just the castle the town of Cochem was almost destroyed also.
In 1868 Jakob Louis Ravené purchased it for 300 Gold Marks and rebuilt it in the trendy Neo-Gothic style of the 19th century. He used it as a family summer residence.
Since 1978 the city of Cochem owns it.